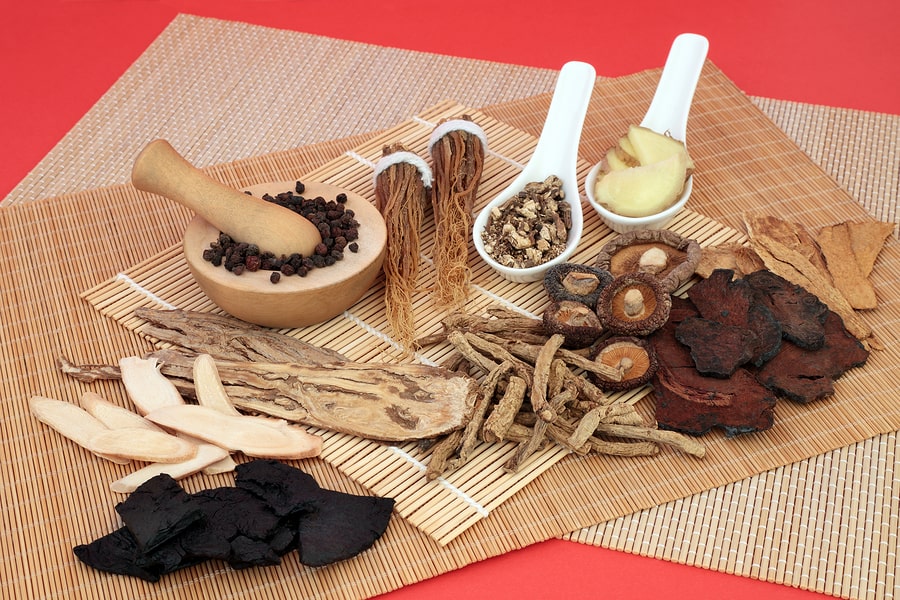 What Is Traditional Chinese Medicine?

Chinese herbs, tea, acupuncture, qigong, tai chi and cupping, are all different aspects of Traditional Chinese Medicine (TCM). While TCM has existed for thousands of years, it has recently been gaining traction as a recognized treatment form. Why the surge in popularity and is TCM truly effective? We explore these questions and introduce you to this form of alternative treatment.

Chinese Medicine is recognized to have started around the second century BC, with the first records of its techniques dating to this era. However, several techniques such as acupuncture is believed to have been practiced as far back as the stone ages. Before the advent of writing, these techniques were successfully passed on through oral means.

Among its rich literature, the following texts are fundamental to TCM practices.

Also known as the Yellow Emperor’s Classic of Internal Medicine, the Yellow Emperor’s Inner Canon is considered to be the most influential treatise. It is a multi-volume that presents the basic ideas of the TCM. This includes concepts of Yin & Yang, the 5 elements of nature and Qi.

While some of the book’s ideas, particularly those relating to anatomy and physiology, appear to be primitive to modern readers, it still holds widespread influence up to today. In fact, its ideas are still valid for anyone who is interested in understanding more about the practice of TCM.

Importantly, its texts explores the concept that an illness can be caused by an individual’s diet, environment, lifestyle and emotion among many factors. This is symbolic of the holistic approach that TCM approaches illnesses with, believing that imbalances in our lives lead to sickness.

The treatise on cold injuries which was complied by Zhang Zhongjing is one the earliest complete text in TCM. A cornerstone of the practice, the treatise explains different ways to diagnose and treat infectious diseases caused by the cold. This is based on the categorization of diseases based on their yin & yang symptoms.

The 6 categorises of infectious diseases introduced in the treatise is still followed by many TCM doctors up to today.

Ben Cao Gang Mu was first printed during the Wanli period, and was complied by Li Shizen, a great physician from Sichuan. This compendium consisted of 25 volumes, similar to that of an encyclopedia. Within it, the details of approximately 1,800 medicinal drugs with illustrations as well as 11,000 prescriptions can be found. Each prescribed herb contained details on its type, form, flavour, nature and recommended method of application.

Traditional Chinese Medicine is often considered as a form of alternative medicine to conventional western medicine. It is fundamentally different from western medicine in terms of the belief systems.

In layman terms, western medicine views the human body like a car, consisting of several different systems. Each system needs the right inputs and outputs, and are fixed in isolation should they fail. As such, it tends to be highly concrete and logical. In sharp contrast, TCM views the human body to be an integrated whole. Since an issue in one system can cause problems in another, treatment must be given to the body as a whole rather than the affected area.

In practice, a difference in treatments can also be observed. Since western medicine focuses on a single system at any one time, its treatments often seek to eliminate the diagnosed cause of issue. A good example is that of antibiotics which seek to destroy harmful bacteria. TCM on the other hand believes that sickness comes about form the body losing its balance. As such, it takes a holistic approach, looking to restore balance to the body as a whole rather than just addressing the affected area.

Firstly, the concept of Qi, which is also known as your body’s vital energy. TCM believes that Qi runs throughout your body via pathways which are called meridians. According to this theory, when the flow of qi is blocked, weak or excessive, health problems will emerge. As such, TCM treatments often focus on keeping the meridians open and promoting the right amount of Qi flow within the body. 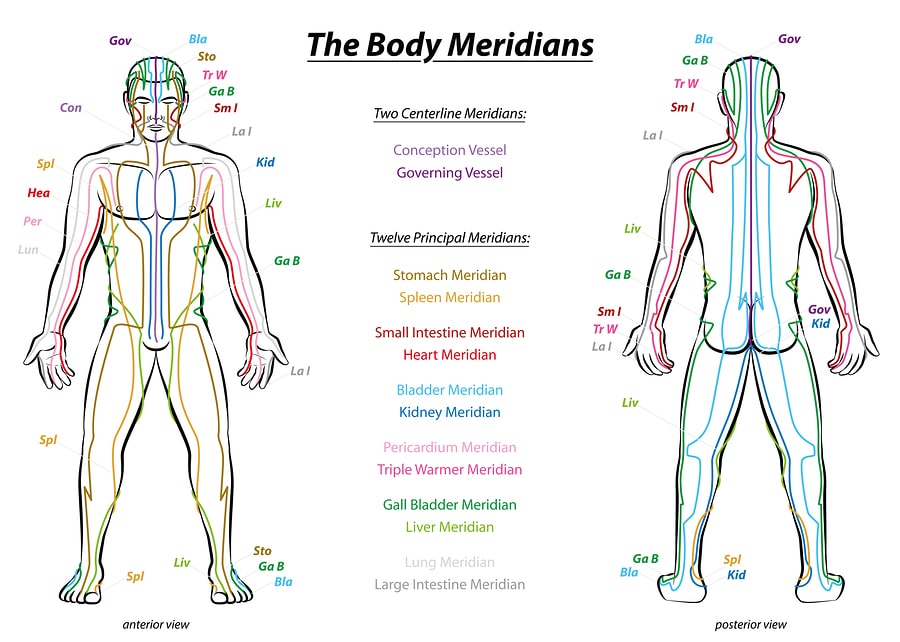 Secondly, the concept of 2 types of Qi, namely yin and yang. Yin Qi can be described as dark, cold and negative while Yang Qi is light, warm and positive. TCM explains that the balance between these two elements is key. Similar to the phrase: “too much of a good thing is bad”, having too much of 1 type of Qi will cause your body to become imbalance.

When Do People Choose TCM?

Other than long time consumers of TCM, new consumers who turn to Chinese medicine typically do so when they have not had success with taking western medicine. Since TCM has a different diagnosing approach and helps the whole body get healthier, certain conditions have shown improvement post TCM treatment.

Another point of view is to see TCM as a complete system of medicine capable of integrating into western medicine. For example, western medicine is at its best when addressing emergency situation. Meanwhile, TCM can be used to alleviate chronic conditions and improve the patient’s overall health post emergency.

It is also worth noting that TCM excels when dealing with “sub-health situations”. Under such circumstances, you would not be classified as sick based on western medicine standards, yet you undoubtedly would still feel unwell. Commonly, we would describe such situations as feeling “off” or being under the weather. Sub health occurs when an imbalance in your body exists but has yet to develop into a full blown illness. At this point in time, you would feel uncomfortable but will not receive a diagnosis during a hospital check-up since no specific pathogens can be found. Since TCM, takes a holistic approach, it helps to boost your overall health and thus your resilience against such conditions. From this view point, we can see that TCM helps to address the issue before it morphs into a deadlier form.

How to Start Taking TCM?

When you first visit a TCM practitioner, he or she will assess your situation in its entire context. This includes examining your tongue, taking your pulse & temperature and checking your skin. From the examination, the TCM practitioner will be able to identify any imbalances in your body. After which, he or she will prescribe treatments that help to remove elements that are excessive and replenish that which is deficient.

Concerns regarding the safe consumption of TCM products have plagued it in western countries for years. People have understandably been cautious about purchasing and consuming herbs due to the fear of unforeseen side effects or outright scamming.

Yet, modern day Traditional Chinese Medicine products have taken many steps to reassuring consumers. This includes undergoing rigorous tests and being produced under very stringent conditions. In fact, many of these products come packaged in clean containers and in pill form. As a result, they are both clean and easy to consume. 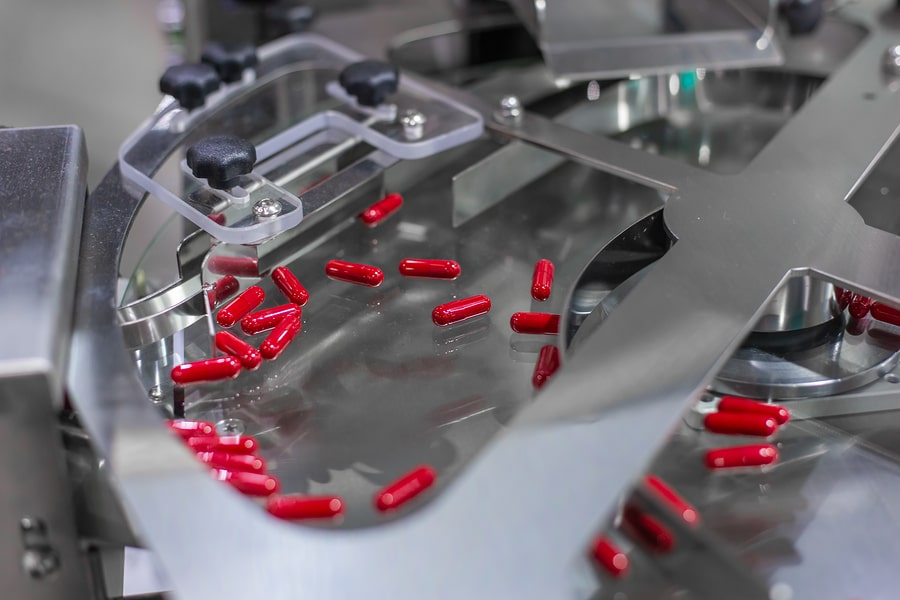 Tong Jum Chew is a company with over 50 years of history. Founded as a medical hall in 1965, we grew into a wholesaler and distributor of Traditional Chinese Medicine (TCM) by the 1980s. In 2004, we established our own manufacturing facility in Singapore to manufacture TCM under our proprietary brand Nature's Green. We boast a modern manufacturing facility in Singapore that includes a clean room environment. All products are produced using modern machinery and undergo stringent checks to ensure that they are safe for consumption and usage. Our plant received GMP (Good Manufacturing Practices) certification in 2006. Since 2009, we have been opening our own retail outlets and TCM clinics across Singapore. In 2012, Nature's Green became a proud recipient of the Singapore Prestige Brand Award for Established Brands. Currently, over 80 types of our TCM products are registered with Ministry of Health Malaysia and it is our hope to make the world of Traditional Chinese Medicine accessible to everyone. If you are interested in trying out our product to treat your acne, please visit our Malaysia online shop at Accolade Chinese Medicine or send your enquiries through Contact Form

Traditional Chinese Medicine for Osteoarthritis
May 16, 21

What is Traditional Chinese Medicine (TCM)?
May 25, 20